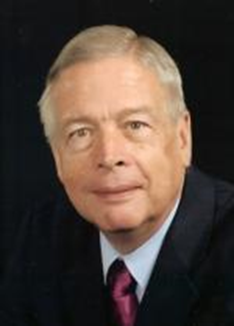 I’m a native Washingtonian but lived in many parts of the country before returning to DC in 2005.  I am a graduate of the University of Maryland, BA 1964, MA 1965.  I’ve been a Rotarian since 1993, originally joining the Rotary Club of Hyannis, MA, and then transferring to the Rotary Club of Schenectady, NY.  My early career was with AT&T, where I worked in Texas, Oklahoma, Missouri, and New Jersey.  I retired from Bell Laboratories in 1989.

I had always been interested in church, so after retiring I attended seminary at Harvard for three years, earning a Master of Divinity degree, and became a Unitarian minister.  I served churches in Massachusetts and New York before returning to DC.  Here I have served a number of churches in the metro area and presently serve a small church in Rappahannock County, VA, about 75 miles from DC.  Of course we are presently holding our services by Zoom.

Some important roots of the Unitarian church are in eastern Europe.  I’ve been instrumental in establishing partnerships between churches there and in the US.  I’ve travelled there many times, especially to Romania, Hungary, and the Transylvanian region—which is ethnically Hungarian but has been politically part of Romania since WWI.  I have many friends there and hope to visit them again.

My wife Trish and I have been married for 57 years.  She is a mathematician by training (University of Pennsylvania) and had a career as an IT manager.  In retirement she’s been interested in gardening and sewing.  She’s occasionally been involved in Rotary projects such as delivering dictionaries.

We have two adult daughters.  One is in the real estate business here in DC and the other is a geriatric social worker in Cambridge, MA.  We are eagerly anticipating the birth of our first grandchild next month!