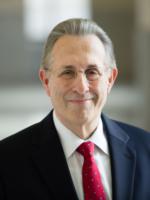 Ambassador Wayne is currently engaged in a variety of activities. These include working as a Public Policy Fellow and Co-Chair of the Mexico Institute’s Board at the Woodrow Wilson International Center for Scholars. Ambassador Wayne is a non-resident advisor/fellow at the Center for Strategic and International Studies (CSIS) and the Atlantic Council.