Welcome to the Rotary Club of Washington, DC 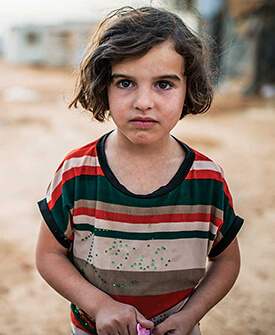 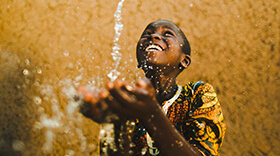 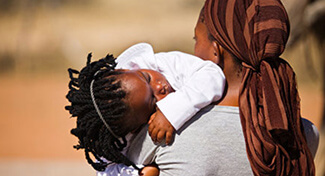 Our Club meets every Wednesday, promptly, 12:30pm – 1:30pm at the University Club of Washington D.C. Our meetings are hybrid and available via zoom. To request an invitation to join our weekly meetings, click the button below to send us an email. Be sure to regularly visit our Club Calendar for updates.

If you are interested in learning more about our events, click the link below to our Club Calendar.  Each and every month, we host and attend numerous insightful, energetic and service-oriented events.  Come and see what we’re all about…roll up your sleeves and help us – help others.

One of the Club’s most popular ways of serving our local community is through Grate Patrol DC.  To learn more about how you can volunteer to help us feed the homeless on the evenings of every 3rd Tuesday and 3rd Friday.  Click the button below to sign up today!

A world of peace, justice, equity, opportunity, and human well-being within a thriving and sustainable environment.

To transform lives in the nation’s capital and throughout the world through service, friendship, networking, and fun. 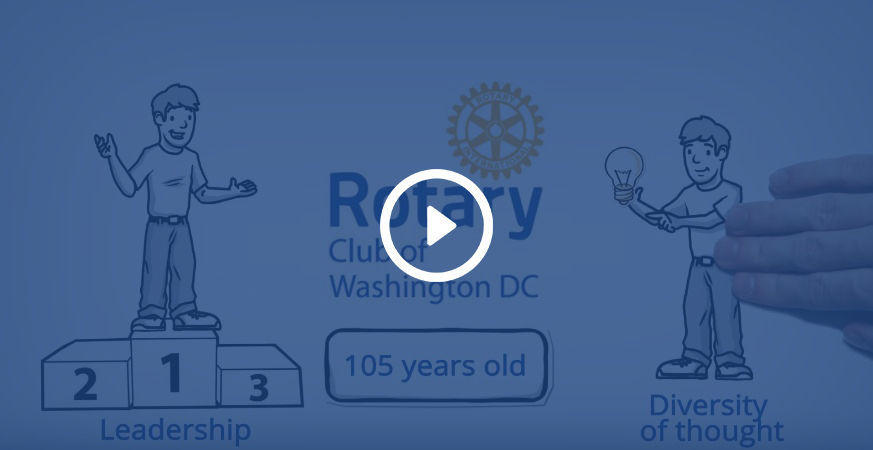 We have so much thankful for this year!

Our DC Rotary Club guest speaker this week is Adventina Emmanuel, the WAHI Project Coordinator with Global Outreach Tanzania. The aim of WAHI (“We Are the Hope of Iringa”) is to boost/motivate primary and secondary students to become potential leaders and help them to be stronger and more confident in controlling their own lives. This voluntary after-school program for primary and secondary students addresses many of the challenges faced in Tanzania education, lacking in science, technology, and reading focus, as well as building student confidence and self-esteem.
🇹🇿
Miss Emmanuel is a member of the Rotaract Club of Iringa where she serves as Public Relations Officer and Interact Director. She has recently been invited to spend one month at Saint Stephen’s Episcopal School in Bradenton, Florida USA, to grow programs between her students and the school’s as an integral part of Saint Stephen’s leading edge Global Initiative Program. She loves to work around young people, and this is the main reason why she does her work so creatively and excitingly.
🇹🇿
Miss Emmanuel is a graduate of the University of Iringa in Tanzania where she earned a degree in Information Technology. She believes that “Most Tanzanian youth, especially the ones in rural areas, have potential; but they lack the opportunity to show their potential. Therefore, it’s our responsibility to create a space for them to showcase their abilities'.
💫
Our Rotary Club is fortunate to have so many members with wonderful contacts such that we are able to attract a wide variety of newsworthy, sought-after speakers! The diversity of our speakers reflects the diverse interests of our members.
💫
#DCRotaryClub #hybridmeeting
#clubmeeting #zoommeeting #newsworthy #guestspeaker #RotaryInternational #RI #museum #RotaryDistrict7620 #ImagineRotary #Tanzania #WAHI ...

Our guest speaker last week was Congressman Don Beyer who is serving his fourth term as the U.S. Representative from Virginia’s 8th District, representing Arlington, Alexandria, Falls Church, and parts of Fairfax County. He serves as the Chairman of Congress' Joint Economic Committee, and also serves on the House Committee on Ways and Means, and on the House Committee on Science Space and Technology, where he chairs the Space Subcommittee. He is a Co-Chair of the New Democrat Coalition's Climate Change Task Force.
💫
President Obama nominated Rep. Beyer to serve as Ambassador to Switzerland and Liechtenstein in 2009. He used his position to advocate for stricter sanctions to compel Iran to begin nuclear disarmament discussions. As Ambassador, Rep. Beyer was integral to US Department of Justice efforts to halt the abuses of Swiss bank secrecy by wealthy Americans.
💫
Rep. Beyer has spent four decades building his family business in Northern Virginia after a summer job at a car dealership in 1974. He is a graduate of Williams College and Gonzaga College High School in Washington, DC. He was named a Presidential Scholar by President Lyndon Johnson.
💫
Rep. Beyer has four children and two grandchildren. He and his wife Megan live in Alexandria, Virginia.
💫
Join us next week when we welcome guest speaker, Adventina Emmanuel, WAHI Project Coordinator with Global Outreach Tanzania and a member of the Rotaract Club of Iringa.
💫
Our Rotary Club is fortunate to have so many members with wonderful contacts such that we are able to attract a wide variety of newsworthy, sought-after speakers! The diversity of our speakers reflects the diverse interests of our members.
💫
#DCRotaryClub #hybridmeeting
#clubmeeting #zoommeeting #newsworthy #guestspeaker #RotaryInternational #RI #education #RotaryDistrict7620 #ImagineRotary ...

As the Veterans Holiday Weekend comes to a close, we salute veterans everywhere and especially Rotarian veterans in our #DCRotaryClub and throughout the country.

Learn more about the Rotary Club of Washington, DC's service projects and activities.

Our own Club Historian, Monica Smith, introduces Dr. Blazich for a special Veterans Day Program of the remarkable history of Captain John F. "Jack" Hasey, French Foreign Legion, A Yankee Fighter. Frank A. Blazich, Jr., PhD a native of Raleigh, North Carolina, specializes in the American military experience in the twentieth century. A veteran of the U.S. Air Force, he holds a doctorate in modern American history from The Ohio State University (2013). His dissertation, “Economics of Emergencies: North Carolina, Civil Defense, and the Cold War, 1940-1963,” examined the confluence of civil defense, natural disasters, and economic development, leading to the evolution of the state’s modern emergency management agency.

In January 2017, he assumed his current position as curator of modern military history at the Smithsonian Institution’s National Museum of American History. His first edited book, Bataan Survivor: A POW’s Account of Japanese Captivity in World War II, was published by the University of Missouri Press in February 2017. His second book, “An Honorable Place in American Air Power”: Civil Air Patrol Coastal Patrol Operations, 1943-1943, was published by Air University Press in December 2020.

Our own President Marilyn introduces Dr. Marco Clark, Founder and CEO of Richard WrightPublic Charter Schools. Dr. Marco Clark is a well-respected educator, forward-thinking innovator, exemplary author, polarizing public speaker, and veteran in the world of urban education. Dr. Clark currently serves as the Founder and Chief Executive Officer of the Richard Wright Public Charter Schools for Journalism and Media Arts in Washington, D.C. In addition to his work as Founder and CEO, he is Chairman of “Man the Block,” an organization focused on providing safe passage for students to and from school.
Dr. Clark serves on the Board of Trustees for the Beta Psi 1923 Foundation. Dr. Clark continues to be an advocate for various youth groups, civic organizations, and other nonprofit organizations focused on restoring trust in public school education.

At age 10, Dr. Clark became a spelling bee champion. Ironically, by age 11, a guidance counselor labeled Dr. Clark as a functional illiterate. This label disrupted his educational journey for many years. However, it was that label that eventually sparked Dr. Clark’s fight against illiteracy and the need for student development and worldwide advocacy. Through the unwavering support of his parents, Dr. Clark was able to make it through high school and go on to Clark Atlanta University, where he met a professor, Dr. Johnny L. Wilson, who recognized his potential, believed in him, and helped him shape his educational path and platform for the years to come. After receiving his Bachelor of Arts degree in Political Science with a minor in Secondary Education from Clark Atlanta University, Dr. Clark went on to earn a Master’s degree in Special Education from Coppin State University, a Master’s degree in Education Administration from Goucher College, and a Doctorate in Higher Education from Morgan State University. By the age of 34, almost 25 years after being labeled as a functional illiterate, Dr. Clark emerged as a noted educator and scholar.

Dr. Clark has been featured in JET magazine, The Huffington Post, and The New York Times discussing his battles with reading as a youth and his educational reform efforts to fight against world illiteracy and community issues throughout the country.

Many political figures have acknowledged Dr. Clark’s ability to offer a fresh mix of traditional and contemporary approaches to motivating troubled youth and mobilizing communities. Historical icon, the late Congressman John Lewis (Democrat for the 8th District of Georgia) exhorted Dr. Clark’s unique ability to identify with students sparking their desire to achieve.

Dr. Clark has received numerous awards and appeared on hundreds of talk shows, as well as serving as keynote speaker in various venues across the country. Dr. Clark also serves as the Education Contributor for Patty Jackson’s Re-Wind Show on WDAS 105.3 FM, Philadelphia. Dr. Marco Clark is a proud member of Omega Psi Phi Fraternity, Inc. and a continued advocate for educational and social change. His motto is “You can’t beat a person who is determined to win.”

Our own Bob Schott introduces Elizabeth. Elizabeth Lanning's early journeys to different parts of the world, many of which alongside her father, made a profound impact on her passion to listen and deeply connect with humans of diverse cultures and traditions. It also helped cultivate the empathy and love that propels her life’s work. The first Project Propel urban garden began in 2013, stemming largely from her graduate research among riverside communities in Metro Manila. Harnessing her background in Social Work and Public Health, Elizabeth promotes a vision of holistic health for all, and the importance of being responsible stewards of Earth’s abundance. She fervently believes that an integrated approach to development is the key to sustainable positive change. One of her favorite aspects of Project Propel is witnessing women empowered by informed health choices, and in turn teaching their families and leading the community at large!

Interested in Joining the Rotary Club of Washington DC?

Are you interested in learning more or immediately joining our Club. Please visit “Our Members” page or click one of the buttons below”.

Club Officers & Board of Directors